Hey folks! Sorry I didn’t post this yesterday but I had a long & crazy day. I’m also feeling a bit under the weather and I’m not sure if it’s allergies or one of those pesky Spring colds because of the yo-yo-like weather. I’ll try not to sneeze in your direction…

Apart from the recording session I had with ETS, the highlight of the week was recording a VO spot for American Express & Delta Airlines. It’s part of their joint “Pay With Miles” promotion. It will be on both of their websites pretty soon. Thanks to Ingrid French for sending me out on the audition and to Marro Associates for casting me!

Check out this pic of Project TERRA villain Angela Miller! 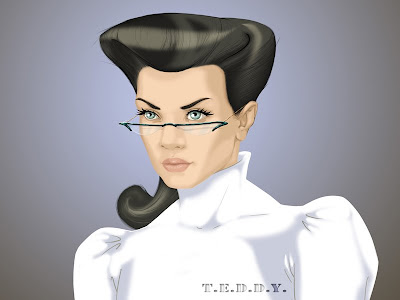 Teddy is doing an amazing job, isn’t she?

TIP OF THE WEEK: This past Saturday I went to Asha’s first birthday party. 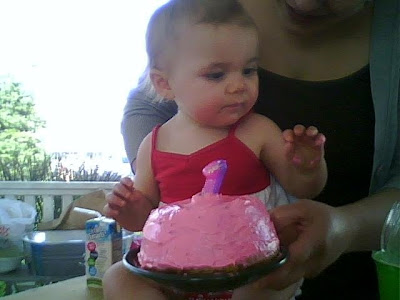 Isn’t she adorable? What was so interesting about the party is that it was one of those “Worlds are colliding, Jerry!” situations where a bunch of mutual friends that know of each other but never met finally did. It was cool! So what’s my point? Actually, I don’t have one. I just love it when stuff like that happens. Hey, I can’t be expected to supply epiphanies every damn week, can I?

QUOTE OF THE WEEK: Most folks are as happy as they make up their minds to be. Abraham Lincoln

FOOD FOR THOUGHT: When was the last time you examined your systems of thought? Have you ever thought about why you think the way you do? Your brain follows the path of least resistance, you know…