Happy Thanksgiving Week! Tell me this isn’t the craziest week of the year. I assume all of you are making preparations to travel or host. I’m making a huge batch of corn casserole. It’s not a casserole, however. It’s more like corn bread with an extra layer of awesome. Let me know if you want the recipe!

So, I found a picture of my Red Dead Redemption character, Benton Manning. 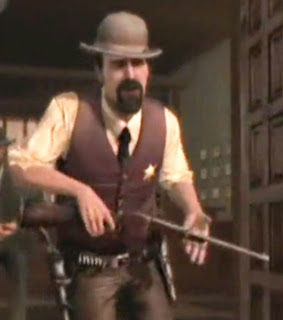 Lookin’ good, partner! He appears in the Undead Nightmare expansion. Basically, zombies invade the Old West. BTW does anyone know how to capture video game footage?

Also, I finally ordered new pens. They’re thick clicker pens colored white with my logo on it. Is it lame to be excited about that?

TIP OF THE WEEK: I know it’s cliche to recite all of the things I’m thankful for this year, but I just can’t help it! I’ll try to keep it short…

Of course I’m thankful for my health. I’ve lowered my cholesterol by over 100 points!

I’m extremely thankful so having one of the best VO years ever. It’s been financially tough for a lot of people this year so I’m very lucky.

What I’m most thankful for is that my clan is doing okay. Things have been EXTREMELY tough for them this year and everybody came out on the other side in pretty good shape.

Folks, please be thankful for what you have and remember, it could be worse. It could be raining…

QUOTE OF THE WEEK: I don’t know why people insist on knowing themselves. It’s hard enough to know what to wear. Anonymous
STUFF!: What are you thankful for?
From Tom Dheere’s apartment this is Tom Dheere, GKN News…
Share